In 1982, she received education on Acupuncture in Moscow. After having returned to Baku, she started Acupuncture applications at the Central Hospital. In 1989, she went to Moscow again. This time, she received education on Bioenergetics Contactless massage (Healing) in the school of Djuna Davitashvili. In the same year, she completed the Bioenergetics school named Imago of Valeriy Andeyev.

Between the years of 1982- 1991, she worked by applying Acupuncture and Bioenergetics at the central hospital no. 1 in Baku. She got married in 1984. In 1985, her daughter Tamilla MAMEDOVA was born. In 1991, she started working at a private hospital named “International Hospital” in Istanbul.

In 1992, she received education at “International Acupuncture Center” in Beijing Academy. In 1993, she was naturalized and became a Turkish national with the decree of the Council of Ministers of the Republic of Turkey in 1993. In the same year, she started freelancing opening a private clinic in Istanbul. 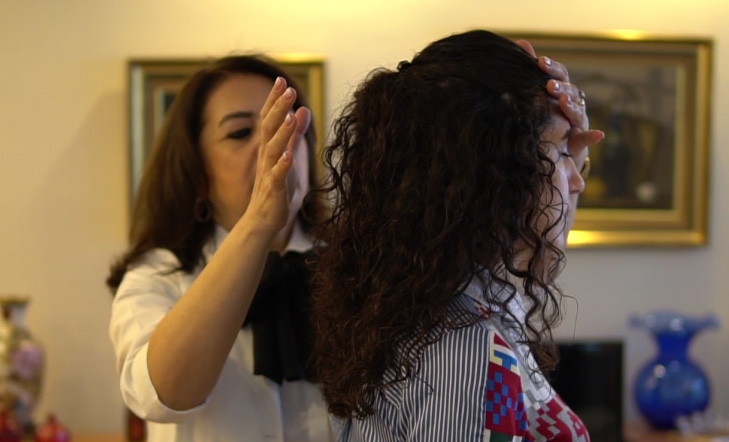 We are not composed of a physical body only. We have also an energy body.
This energy is condensed at seven big centers, which are called “chakras”.
The magnetic field of the energy coming into existence around the body is called “aura”.  Normally, our chakras should have intensive vibration like we should have an expanded aura.
Our energy balance as much as what we cat and drink is of prime importance for our health. When our chakras are exhausted or blocked, physical and psychological problems come into existence.

Following alternative medicine in the world elosely, Dr. Yegane MUTL has a book published with the title “Live without getting ill.